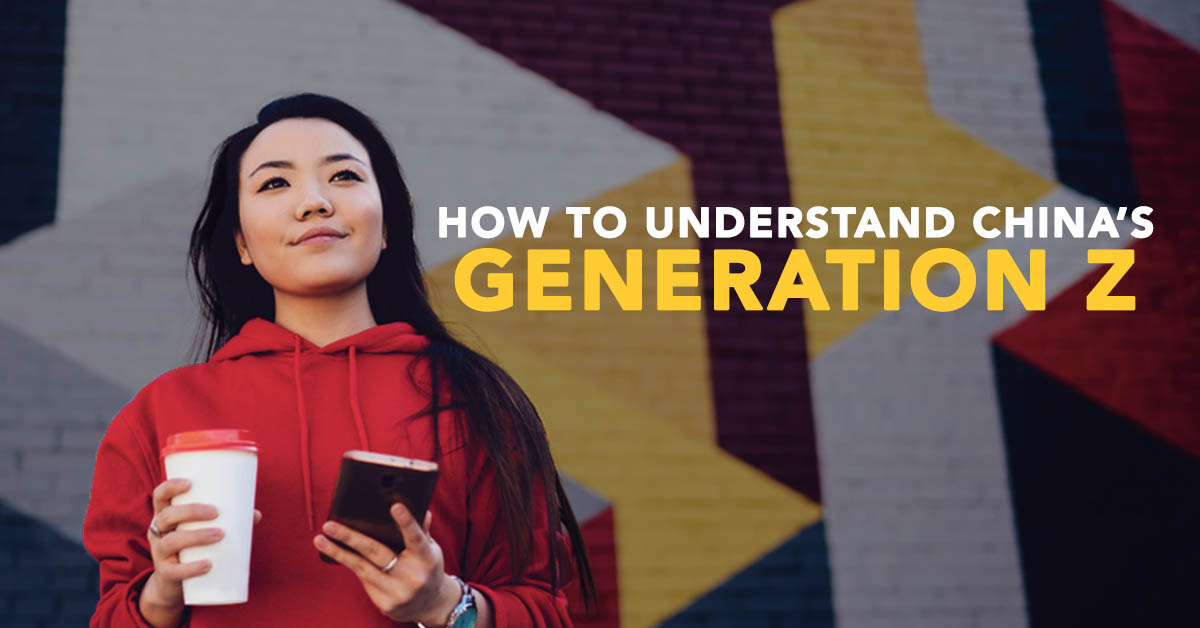 Insight: Understanding the consumption and behavior of the Chinese Gen-Z

China’s Generation Z, who are post-95 and post-00, are the youngest and most focal consumer group for businesses to target in this age. Characterized by their expressive and self-conscious nature, their consumption patterns differ from other generations. They openly express their views, are more enthusiastic about domestic Chinese products, and pursue self-identity in brand selection, while preferring not to be defined into a specific group. According to the CBNData’s “2020 Generation Z Consumer Attitudes Insight Report” there are approximately 260 million Gen Z-ers within China, that dominate up to 4 trillion consumer market with expenses making up 13% of the country’s total household expenditures. The research by CBNData selected 8 reports related to Gen-Z covering beauty, fashion, pets, entertainment consumption, and more, showing in detail their consumer preferences and brand marketing opportunities for businesses abroad.

A comparison of Gen-Z consumption of cosmetics shows a significant interest in base makeup, highlights, and shadows. Meanwhile, women in this segment look more towards the bolder color palettes seen in western makeup. Consumption of multi-color palettes with eight colors and above has grown to become the standard for China’s Gen Z with the fastest growth marked by US cosmetic brands listed on China’s major e-commerce site, Tmall.

Health and skincare have also become major components in Gen Z beauty consumption making anti-aging functions and beneficial ingredients important factors in their purchase decisions. Beginning September 2019, the proportion of people searching for “anti-aging” among Gen Z women has increased sharply, and it remains high today. Among all anti-aging products, eye creams and eye masks are the most popular, and the consumption of neck care is also increasing. In 2020, when women in first and second-tier cities buy beauty appliances online, the most important functions are face-lifting, firming, and cleansing with related consumption is growing rapidly.

Meanwhile, these consumers are concerned about the ingredients used in their products. Their enthusiasm for skincare products containing specific geek ingredients is much higher than that of other generations and the consumption of amino acids, hyaluronic acid, niacin-amide, and other ingredients has also increased rapidly. Among all these the ingredients with the best beneficial qualities known as “first aid” ingredients are the most popular. In 2019, Gen-Zers searched for “first aid products” 6 times more than those aged below the age of 80.

In the past year, men have also been contributing to the beauty market with the support of KOLs and celebrities, such as Li Jiaqi, Dong Zichu, Luo Wangyu, and others letting people realized that it is not uncommon for men to put on makeup. In fact, men have spent an average of more than $550 on beauty, with more than 50% spending more than $76 on a single consumption.

Generation Z are keen to buy trendy brands, buying about once a month. Among them, the proportion of heavy consumers in male fashion brands is higher. However, Gen Z is actually more rational in the consumption of fashion brands. They believe that if fashion brands are hyped and their value is overestimated, the product will not be cost-effective. The three factors in their purchase decision are cost-effectiveness, unique design, and type of fabric. Color choices have also shifted with a focus on bold colors over black and white. In 2020, the consumption growth rate of orange, brown, purple, white, and five shades of yellow was significantly higher than that of any other color. Consumers also noted that they did not like standard yellow, nor the eye-catching fluorescent yellow but rather golden, turmeric, and natural yellow which could better represent their identity.

Compared with fashion categories such as luxury brands and light luxury, domestic products are the most frequently purchased category of Gen Z. Recent trends of the past three years show the post-95s have the highest consumer preference in the online consumption of national fashion with the concept of environmental protection. According to Huayang Lianzhong’s “Generation Z Fashion Consumption Insight Report”, the average frequency of Gen Z buying domestic products reached 13.6 times per year with only 8% of Gen Z have not bought domestic products within a year, with household income having little impact on purchase frequency.

Due to the rise of single-household work, it is difficult for young people to accompany their own pets all the time leading to purchases in smart pet devices to take care of their pets when they are out. Nearly 40% of consumers of pet smart devices are those born after 1990. The consumption growth rate of pet-related smart products during the Singles Day e-commerce festival in 2020 exceeded 500%. According to data from Alimama Insights, since the pandemic, consumption of smart pet supplies has risen. Automatic litter boxes have increased by 879%, automatic drinking fountains have increased by 120%, and automatic feeders have more than doubled.

Chinese Gen Z not only care about their own beauty but also feel the need to take care of their pet. Nowadays, shops that provide tailor-made collars and clothing for pets continue to rise and consumption in online pet original design stores continues to increase. This market has also been spotlighted by luxury brands. Louis Vuitton launched a dog chain worth $335, Longchamp launched a leather dog collar and leash, and MCM also followed suit by releasing their own designer pet accessories.

According to QuestMobile’s “2020 Gen Z Insights Report”, Chinese Gen-Z spends around 50 hours watching video every month, 6.5 hours more than the entire network. Of the 50 hours, the most time was spent on short videos, followed by online videos, and live games. The Gen Z, especially those post-00s, have contributed nearly half of the traffic support to the comic industry. Compared with live broadcasts and short videos, they spent more time on comic consumption. 87% of post-00s have paid in entertainment applications, with the most being games, followed by music or video content.

They not only love to read comics, but also like to express their love for the imaginary dimension, known as the “second dimension” through creation. The proportion of post-00 creations on the Chuman comic content creation platform is much higher than that of other generations. Their monthly creation frequency has reached 18 times per capita. At the same time, people in lower-tier cities have become the most enthusiastic group of creation. The CBNData survey indicates that 59% of post-00s improve their creative skills through online self-study, and 19% have participated in art-related classes in pursuit of this.

Generation Z is the main force of cross-border joint consumption. They account for more than all other inter-generational consumers in the consumption of joint products. The post-90s and post-95s together contribute more than 70% of sales. Among them, the most picked consumer products of Generation Z are concentrated on clothing and sports shoes. Such collaboration brings about unique experiences for consumers and has been a key part of attracting younger audiences. While cost and quality take high priority for Gen Z consumers, they engage better when there is a sense of experience and are willing to pay for them.

While Gen Z isn’t inclined to blindly follow public opinion, but they are willing to follow celebrity idols. According to Suning Financial Research Institute’s “Generation Z Group Consumer Trend Research Report”, nearly 20% of Generation Z respondents said they would buy idol products, and 14.6% are willing to buy the same products that idols use. The report also believes that the idols considered by the Z era do not necessarily refer to specific celebrities. “As long as they have a good vision and personality”, even virtual characters will be followed. This is why in recent years, brands have vigorously promoted virtual spokespersons. For example, recently, L’Oréal announced that “Ouye” has become the virtual spokesperson of the brand, and has given “Ouye” labels such as “Beauty Makeup Brother” and “Popular Fanatic”. Brands such as Pechoin and L’Occitane have also leveraged Luo Tianyi’s popularity among young people and used live broadcasts and other in-depth collaborations to enter the young circle. 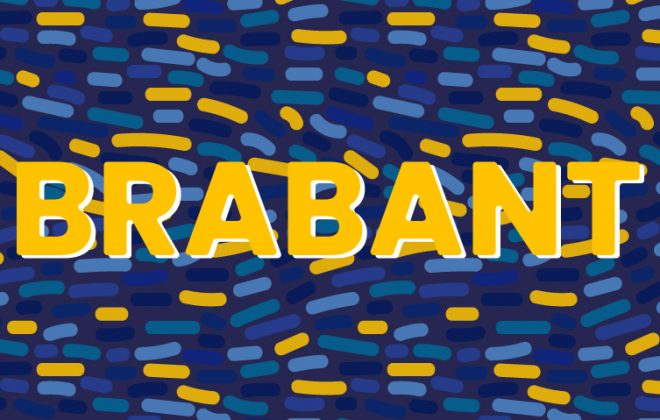 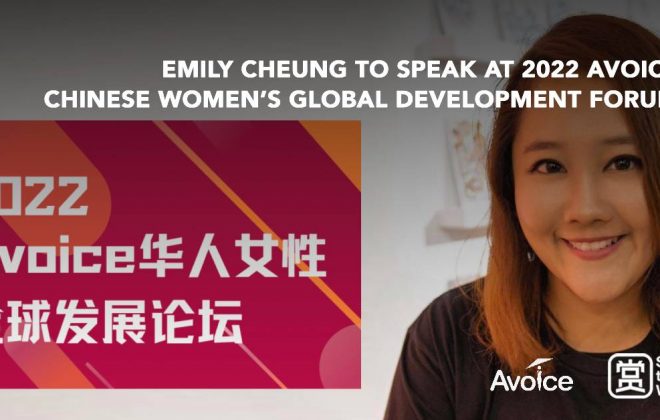 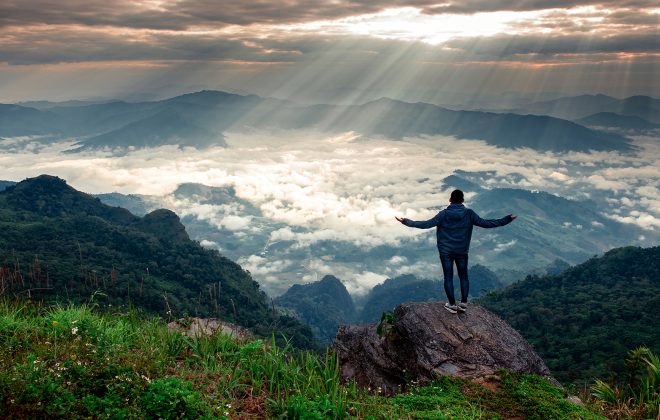