ITB Berlin 2019 wrapped up last Sunday and we did learn a few things at the ITB Convention. Here are our top takeaways from key panels about the Chinese outbound travel market, as well as some advice from industry leaders:

The market: statistics and trends

The Chinese outbound travel market has increased steadily since the early 2000’s. In 2018, it grew by 13.5% reaching 162 million trips and Chinese tourists spent a staggering amount of USD 268 billion overseas in the first nine months of the year. In addition, once travellers venture outside China, going abroad becomes the norm as 80% of them travel abroad at least once a year, according to a survey presented by the World Tourism Cities Federation during ITB.

The last quarter of 2018 saw a decrease in the total number of outbound trips for the first time in years, but independent travel continues to grow, gradually replacing organized group tours as the preferred way of travel. The majority of outbound tourists—that is, 80% of them—were born after the , but the real culprit for the surge in independent travel is the post-90’s generation, preferring to travel in small groups of friends. Moreover, Chinese travellers now pick destinations based on a place’s “exotic customs,” scenery, and landscape rather than popularity, prioritizing travel experience and cultural offer over shopping, the survey also showed.

Finally, the majority of Chinese travellers look for information through apps and on social media (such as WeChat, Weibo, or QQ) when crafting their holidays abroad. But it doesn’t end when they board their international flights: 90% of them share their travel stories either during their trip or upon returning home, as indicated by the survey.

During one of the panels, major Chinese travel players such as the Alibaba Group and Ctrip shared their globalization strategies. Although they use different strategies, the Chinese travel giants agree on a few main points about how to attract and cater to Chinese travellers. They also shared some insight on traveller behaviour and preferences, so here is some advice based on the panel presentations and discussion:

As Lynn Qu, Chief Product Officer at Trip.com (Ctrip’s international branch) put it, “Chinese travellers want to do everything on their mobile devices. For them, it is either an app or ‘don’t even bother.’” According to the panel, the key is to offer Chinese travellers not only the possibility to organize travel through mobile phones but also convenience during travel through mobile payment.

China is, in fact, going through a cashless revolution; nowadays people make most of their payments, big and small, through apps such as WeChat and Alipay. While credit cards never really caught on in China, cash in the other hand is gradually disappearing from people’s daily lives, as they use their mobiles to take public transportation, run groceries, shop offline and online, ride shared bikes, pay utility bills and transfer money to each other. It is only natural Chinese travellers welcome the option of mobile payment abroad, too.

“Travel as a local,” but safety first.

Angel Zhao, Senior Vice President of the Alibaba Group, pointed out that besides now preferring independent travel and prioritizing experience, travellers are also after understanding the local culture. Young travellers, especially, are interested in discovering the story behind the places they visit. While the Chinese tourist’s profile is changing, some things have not and most likely will not change: safety is and always has been a top concern for Chinese travellers. According to Angel Zhao, being able to use mobile payment apps (such as Alipay or WeChat Pay) abroad means a safer travel experience for Chinese travellers, as it allows them to not carry credit cards or large amounts of cash.

It goes beyond language, but language matters.

“Being global is more than having a website in different languages,” as said Lynn Qu, but the language factor is nonetheless key. Aside from highlighting the importance of offering multiple payment options in multiple currencies, Lynn Qu also spoke about the importance of running a global customer service, for example. While she was ing to catering to different nationalities as Ctrip seeks to appeal to global audiences, what they learned from their customer service experience also carries a valuable lesson for businesses seeking to attract and retain Chinese customers: people prefer to communicate in their native language. So, even if hiring Chinese-speaking staff can be difficult for small businesses, at least providing basic information in Chinese is already a big plus.

Not a travel giant with a multi-million dollar budget? Here’s how we can help you:

Shake to Win connects Chinese independent travellers with authentic places and cultural experiences around the world. Because our users care about culture and so do we, Shake to Win offers local businesses who represent the local way of life the opportunity to reach Chinese free independent travellers (FITs) in a few easy steps. No need to know Mandarin, set up Chinese social media accounts, or even leave your office. Get a free listing on our app and let a new China get to know you.

China Insights: How do Chinese travelers feel about tourism abroad? 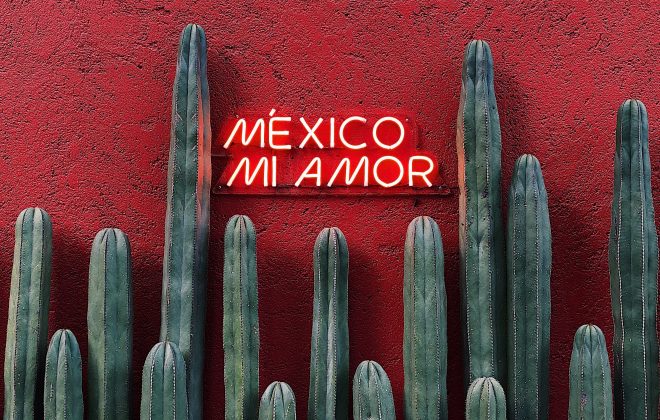 In love with Mexico’s Youth